At Paul Lawrie Golf Centre our wide range of facilties will help bring your game to the next level. Our PGA professionals are on hand to offer you their expertise and help you improve your game.
ENQUIRE 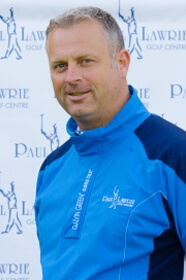 Andrew was born in Aberdeen and has lived in Stonehaven for most of his life. In his early years he was lucky enough to excel in two sports, golf and football, and represented his country in both sports as a schoolboy. In golf he is one of the few players to have won both the North East Boys and Youths Championships.

After a short spell as a professional footballer he turned his attention to golf and began his professional golf career as a PGA Assistant at Banchory Golf Club under the watchful eye of Charles Dernie. After qualifying in 1997 he moved to Blairgowrie Golf Club where he spent three years as Head Assistant Professional.

In April 2001 he moved back to Aberdeenshire to work at the newly built Inchmarlo Golf Centre as the Head Teaching Professional. As his coaching skills became more evident he progressed to being the North East District coach for boys and girls and was recently appointed the North East Academy coach for the Scottish Golf Union. He continues to work with golfers with all levels of ability from beginners through to elite players, some of whom have achieved the top accolades in both the amateur and the professional game. Having worked with James Byrne, a winning Walker Cup player at Royal Aberdeen in 2011, Open Champion and Ryder Cup player Paul Lawrie, Andrew also coaches 2018 Curtis Cup Player Shannon McWilliam. 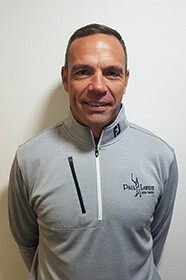 Spencer was born in Falkirk and moved to South Africa when he was 8 years old.

He moved back to Scotland when he was 19 and took up a position at Duff House Royal Golf Club where he began his professional golf career as a PGA Assistant under Bob Strachan.

After qualifying in 2000, Spencer became a Golf Coach at Drumoig Golf Centre where he continued to develop his coaching knowledge under Ian Rae and Adam Hunter. In 2005 he was appointed as the first ever National Junior Coach for the Scottish Golf Union. He was the coach to Scottish Boys teams at over 20 international events including winning the Boys Quadrangular, Home Internationals and silver medal in European Boys Team Championship. He was also assistant coach to the Scotland Team that won the World championship for the 1st time in history in Adelaide, Australia.

In 2015 he returned to Scotland as National Boys Coach overseeing the national coaching and training programmes.

Spencer has worked with a number of successful amateur and professional players including European Tour player Bradley Neil, LET player Kelsey MacDonald and European Challenge Tour player Calum Hill. He has a genuine passion and enthusiasm to help players of all levels to enjoy golf. 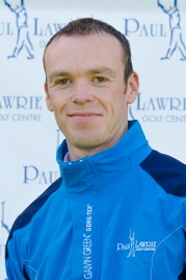 Alan completed his PGA training here at the Paul Lawrie Golf Centre in 2010 gaining an overall Merit Pass in his degree exams.

He currently teaches all levels of golfers on every aspect of the game with an infectious passion that drives him daily to improve all of his students. Having studied under successful coaches during his training, he has a varied and adaptable approach to golf tuition which enables him to extract the maximum potential from all who work with him. This enthusiasm led him to develop and set up the Paul Lawrie Golf Centre Junior Golf Programme.

A keen player himself, Alan competes in various Tartan Tour events throughout Scotland. So if you don’t see him in the studio, you may see him on the golf course working hard on his own game in between working hard on yours!